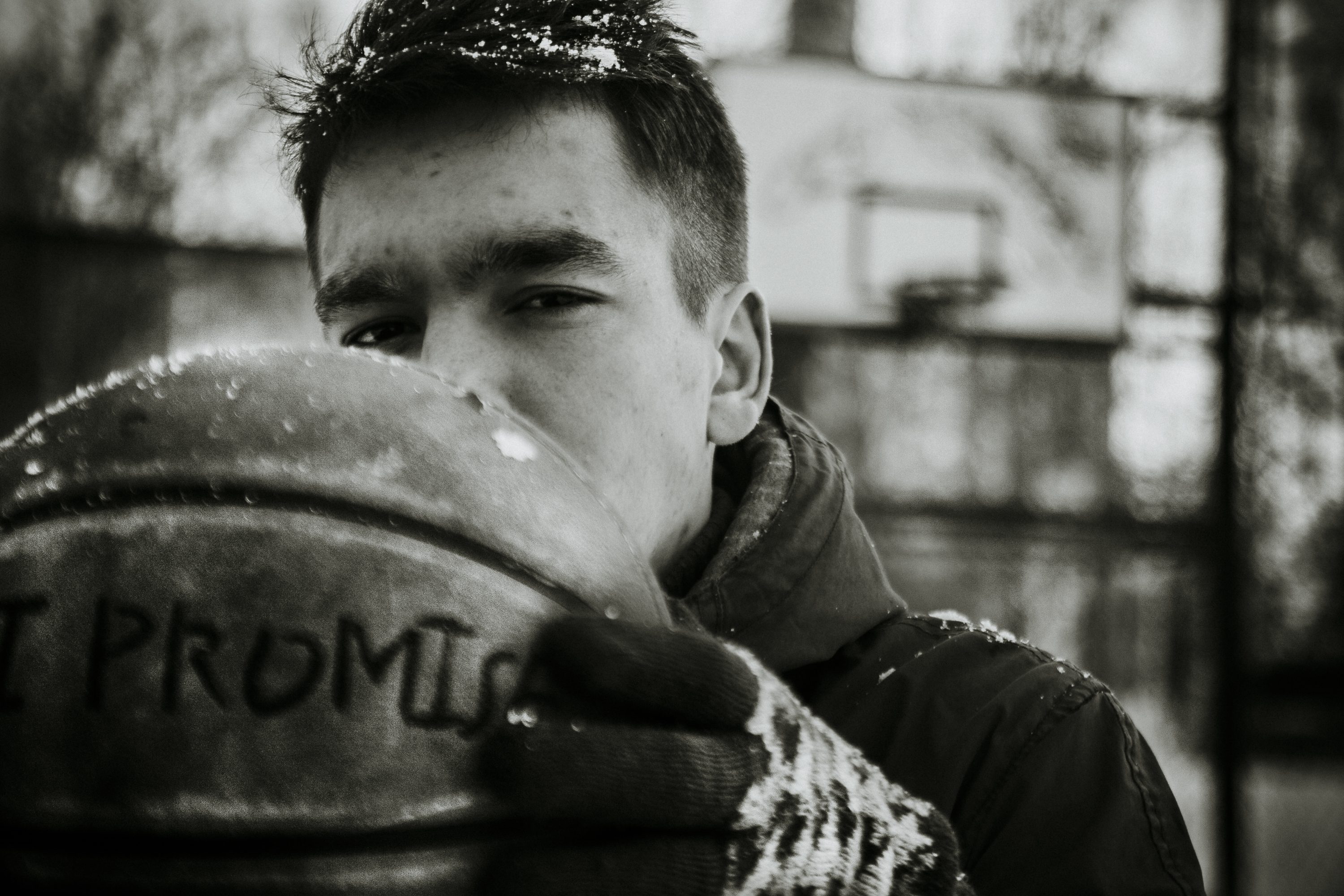 There are often cases when the outcome of a game is dicing by a last second shot. A few months passed after our interuniversity championship last game. My team lost then. We did not have one point. The hero of this photo series is Vlad. This guy, without a twinge of conscience, can be called a franchise of our team. The result depended on him fully. He had two chances to win the game with his final shot. This did not happen. To say that there was tension in the locker room-to say nothing. The next day, at our training session, Vlad gathered us together. No one expected and I did not expect. However, he did this-he apologized to us for the defeat. In the face of all the team and assistants, he gave a promise that he will execute 50,000 shots before the summer training camp begins. At first, it seemed absurd. In Siberian Tomsk, snow lies until the middle of April. To fulfill his promise, our brave captain spends 2-3 hours on the street court. Every day he takes a broom and a shovel to clear a little space and starts to «shoot around». Hearing about photo-contest, I have got the thought that Vlad’s efforts and his promise are great as an idea for the photo series. TY for watching and empathy.