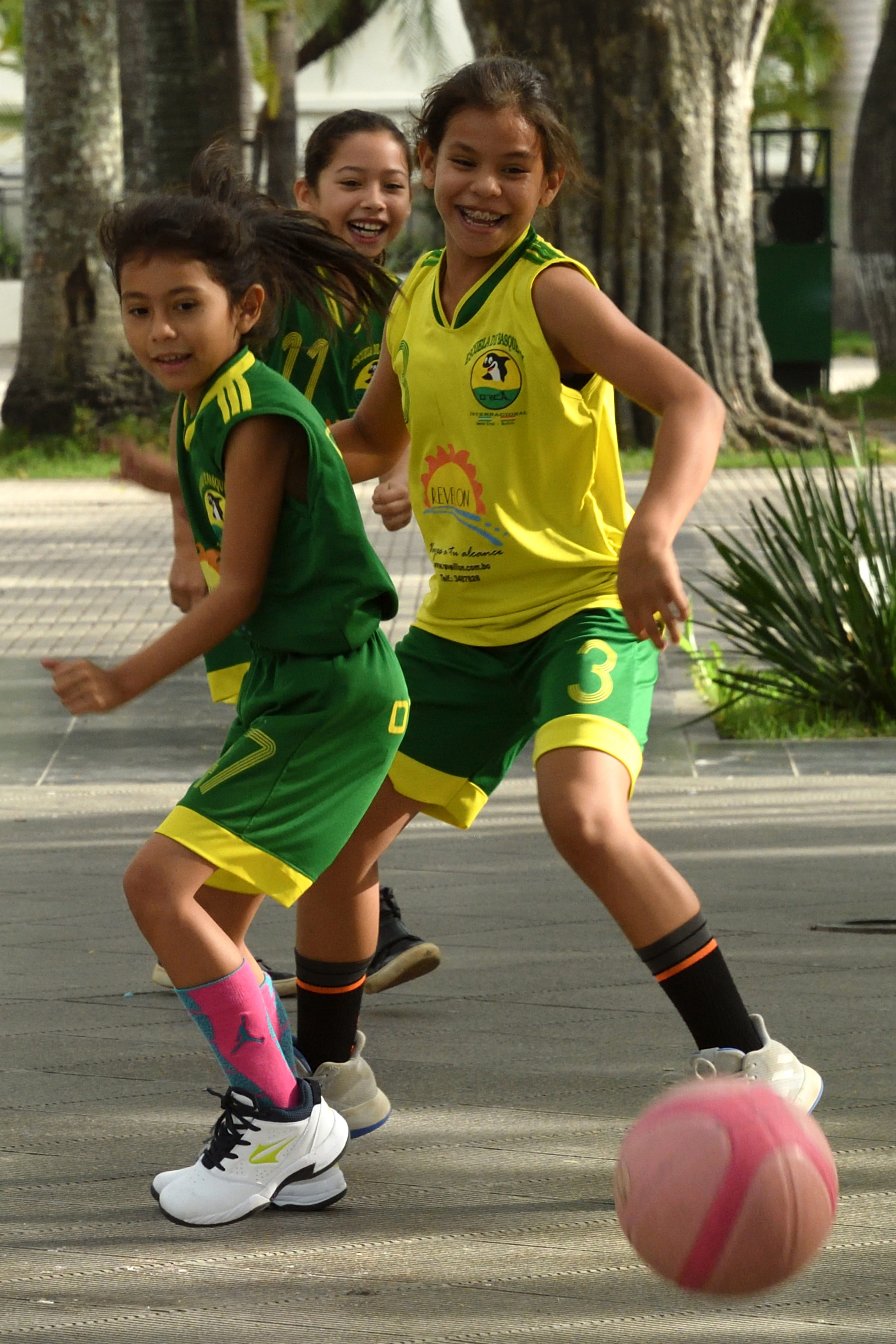 The history of basketball began with its invention in 1891 in Springfield, Massachusetts by Canadian physical education instructor James Naismith as a less injury-prone sport than football. The Game became established fairly quickly & grew very popular as the 20th century progressed, first in America & then in other parts of the world. After basketball became established in American colleges, the professional game followed. The American National Basketball Association (NBA), established in 1946, grew to a multibillion-dollar enterprise by the end of the century, and basketball became an integral part of American culture. Bolivian basketball has been growing since 2012, with the creation of the Libobasquete, the first organized national league. After this watershed moment, the sport began to take its first steps towards professionalization. This picture shows, the school going girls are practicing basketball during their tiffin time at the campus of the Cathedral Basilica of St. Lawrence in Santa Cruz, Bolivia.