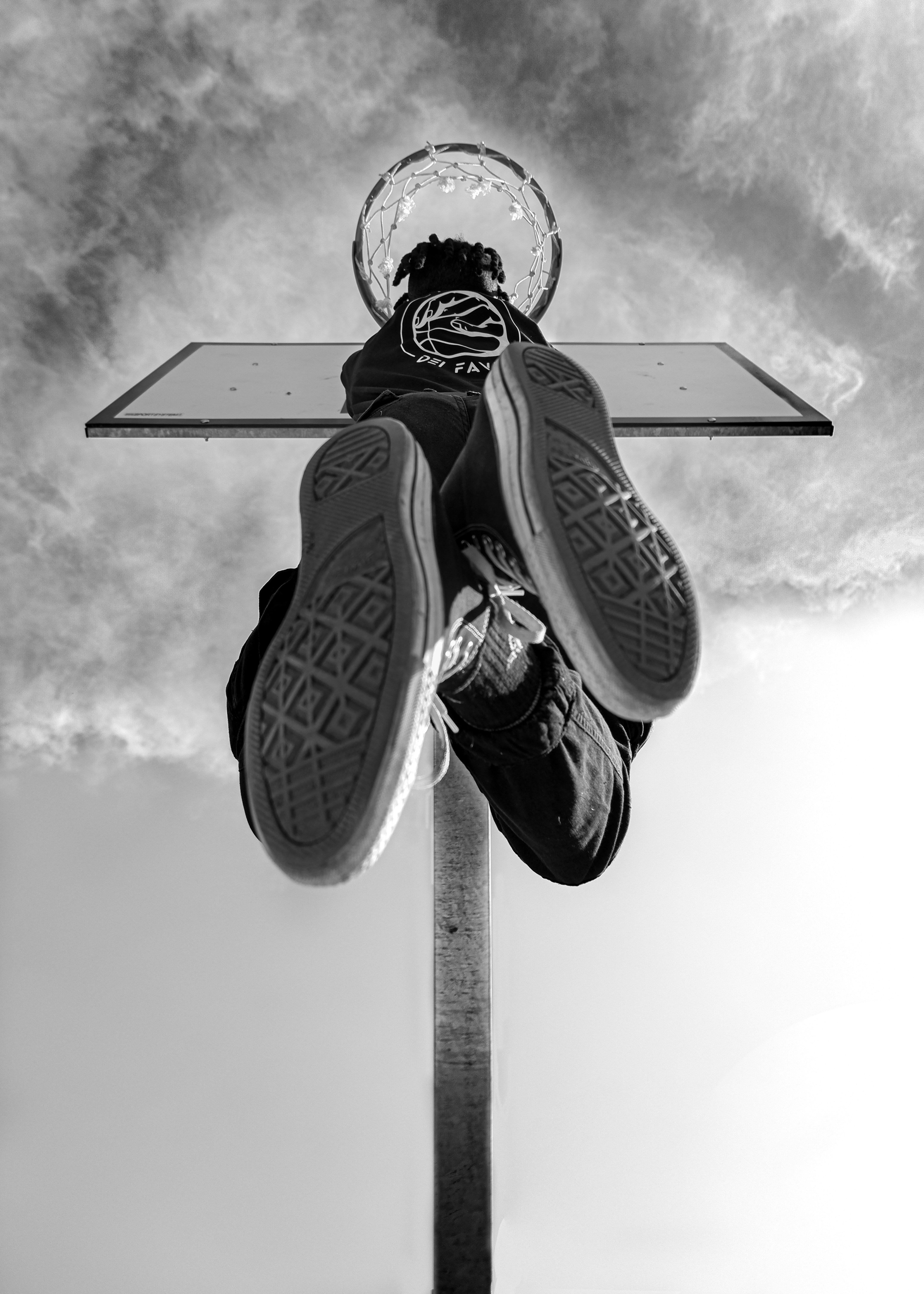 This photo is a black & white portrayal of a boy hanging on the rim, taken in Bologna (Italy) in September 2021. The protagonist is one of the founders of “Regaz dei Fava”, a grassroots community-centred and youth-led basketball association in the heart of Bologna. Bound by their passion for basketball, this multi-ethnic and multicultural brotherhood of ballers works to protect and promote social solidarity and inclusion of cultural diversity among the people who care for and cherish the green area of the “Graziella Fava” Garden in Bologna daily. The virtue of their project represents a refreshing example of life beyond basketball. The image is taken from below to emphasize a sense of ascent and to allude to a specific symbolism. The basketball hoop structure recalls the “Ankh” cross that extends vertically and horizontally, a symbol of rebirth and integration of opposites. Just as the protagonist relies on the rim to reach new heights, hoopers support each other to elevate themselves from a difficult reality – beyond the complexities of their limits – finding the key to mutual happiness in basketball.