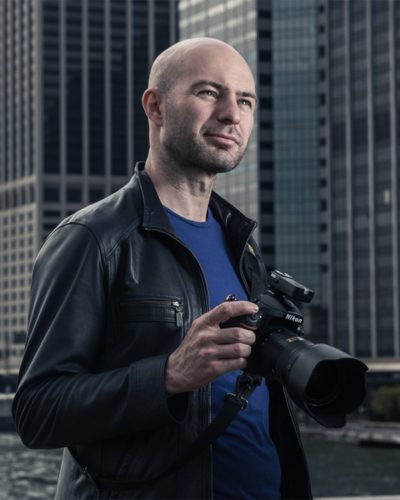 Osan's adventure with photography began as a hobby, trying to take great photos of the Wine & Tapas parties he was hosting in Geneva. This simple hobby quickly became a vocation: after a 14-year career in finance, he decided to quit his comfortable job in a large company, in order to pursue a dream, that of crystallizing his passion for photography into a full-time job.

It was after studying at the New York Film Academy that he launched the “Geneva Photo Club”, better known today as the “Swiss Photo Club”, whose students’ enthusiasm continues to this day.

With three simultaneous jobs, Osan’s days are busy running the business, taking photos and teaching. His career in finance began because of his passion for dance. Much like his photography passion started with wine. 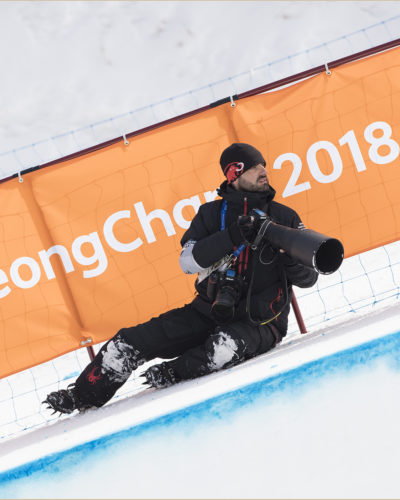 He is an award-winning sports photographer based in Karlsruhe, Germany. At the age of 42, he has already attended nine Olympic Games, covered both men’s and women’s FIFA World Cup Finals, and worked at most major international sporting events around the globe.

After being an independent photographer for over ten years, he became a staff photographer with Getty Images in May 2014. Two years later, Matthias took on the role as Chief Sports Photographer, a role which includes leading a team of award-winning photographers.

Having been a competitive athlete himself, Matthias brings a passion for sports and movement, with an eye for that very special moment. His dynamic style and his ability to capture interesting moods and perspectives have brought him assignments for top sports associations such as FIFA, DFL, FINA or Wimbledon.

In addition to earning numerous awards for his work at global sports events, he has photographed successful advertising campaigns for notable brands, and works regularly on behalf of sponsors and organizations. Matthias is also a Nikon Ambassador Germany. 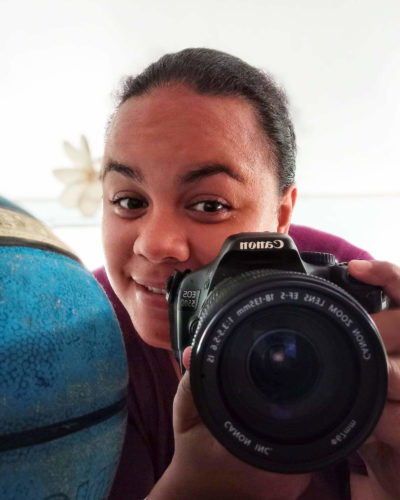 Temiri Hunter was immersed in basketball from an early age. The Tahitian's family ran her local club. She has been a player, coach and referee within the club that she is now the President of. She is also Vice-President of the Tahitian Basketball Federation, responsible for local competitions.

Her second passion is photography. As a teenager, she put all her savings into purchasing a camera, to take pictures of landscapes, her culture but also basketball games. Developing in visual art through her studies and subsequently making it her profession as a graphic designer was a logical continuation of all her efforts.

This second passion represents for Temiri another way of being involved in basketball, by making posters to promote their events or by making their first 3x3 basketball logo, a development project that is close to her heart for her neighborhood organizations, but also for the islands, where 3x3 is more suited to their environment. 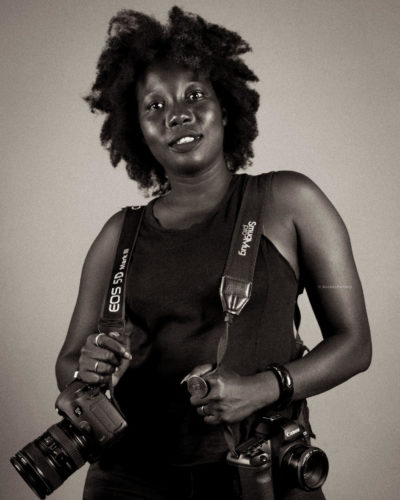 Ina, whose real name is Ndeye Fatou Thiam is a young woman born in Dakar, Senegal.

In 2011, she joined Africulturban, an association dedicated to hip-hop and urban cultures where she specialized in recording techniques with the Urban Musik studio. Through Africulturban’s “The Hip Hop Akademy”, she benefited from an audiovisual training and participated in 2012 to the Avignon Festival (France).

In 2013, Ina starts to focus more on artistic photography under the guidance of Senegalese filmmaker Fatou Kandé Senghor.

As a photographer interested in sports including basketball, she was invited in October 2016 to the Forum on Sport and Culture for Women, organized by the African Women Development Fund (AWDF) in Accra, Ghana.

In 2017, Ina worked with Plan International to cover some of their projects in the Central African Republic such as ‘Child Soldiers’ about unaccompanied minors and schools destroyed during the country’s crisis between 2013 and 2014. In 2017, she represented Senegalese photography in the 8th ‘Jeux de La Francophonie’ organized in Côte d'Ivoire. 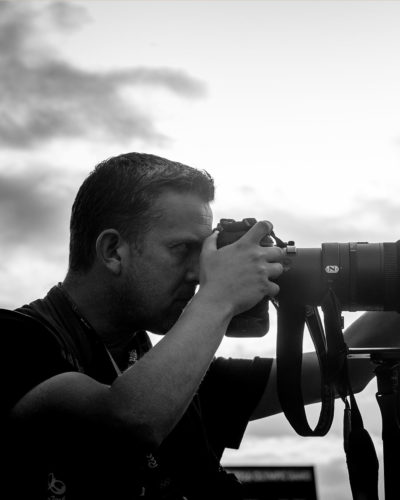 Four times official Olympic Games photographer, Richard covered all sports and International Olympic Committee events, in Torino, Beijing, Vancouver and London. He also captured the future great Olympians at the first two Youth Olympic games in Singapore and Innsbruck as per the request of the IOC. In addition to the Games, Richard often receives requests to work for International Sport Federations and is regularly commissioned by newspapers from around the world.

Since 2006, his multi-facetted talent and experience led Richard to work for several Non-Government Organisations (NGOs) and other private institutions. Through NGO client, Krousar Thmey, he depicted the daily life of street children in Cambodia. Richard reported on the life of amputees in Bosnia and has also captured the full impact of nature’s disasters; the tsunami in Indonesia and the earthquake in Haiti. 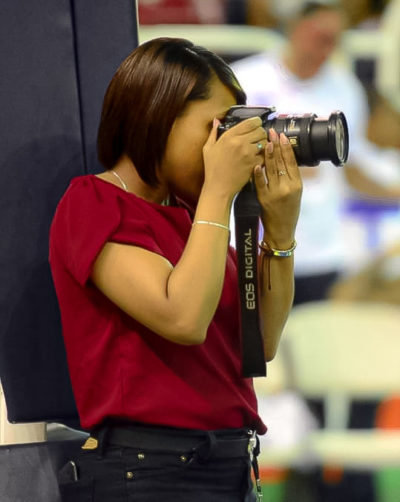 Cristina has been fascinated by basketball since she was a little girl, since her grandfather carried her in his arms to watch local tournaments in her native Dominican Republic.

Her love for basketball grew even more when her sister started playing on the school team and she, with a little camera that her aunt leant her, started taking pictures.

Her passion for photography and for the sport did not stop. In high school, for her final project, she made a short film about a tournament that was being held and this made her discover a new world.

Cristina studied advertising at university, majoring in creativity and management and, over time, she developed her visual and graphic art skills. She then bought her first camera, she was hired in the Dominican Republic professional basketball league, she covered FIBA events in Santo Domingo, 3x3, inter-street basketball games and all kinds of sporting events; and her dreams began to come true ... 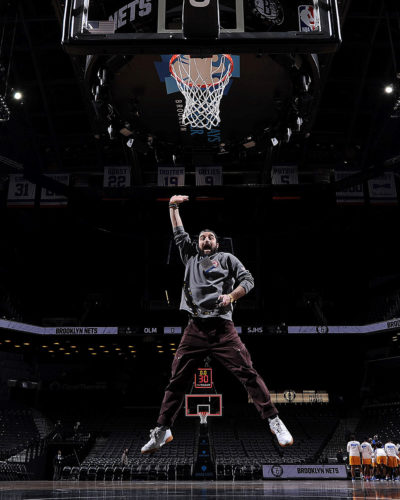 Matteo Marchi first stepped onto the basketball courts at eight-years-old. Over the next 25 some years he did everything from play to coach. Then in 2003, he began a career in photography and when it came time to pick a subject, it felt natural for him to shoot hoops. As a player he wasn’t always the greatest, so he made the right choice in shooting pictures instead of 3-pointers.

Since his start in photography Matteo has dealt with a lot of different types of photography, but his love lies withing sports photography. He has had the chance to photograph at two Olympic Games, in the NBA and at multiple FIBA events. 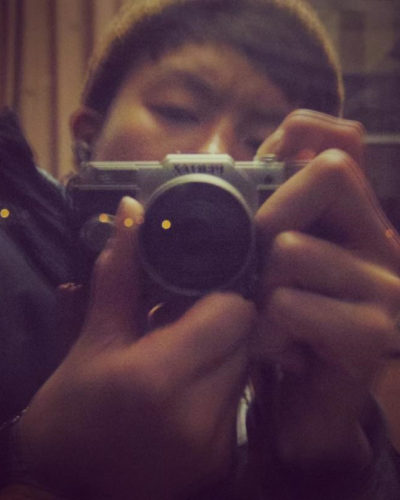 Yuko started playing basketball influenced by her father who was the basketball coach of Yamagata University. She was educated at and played for Nagoya College High School. She helped the school win 7 national titles. After graduation in 2001, she joined Japan Energy basketball club. In the same year, she received her first call-up for the national team.

She represented Japan at the 2004 Summer Olympics in Athens and became the youngest Japanese female basketball player at the Olympics ever.

In 2007, she became the first Japanese female player to sign a professional contract in the domestic leagues. In 2008, she signed a training camp contract with Phoenix Mercury. She is the second Japanese player to play in the WNBA.

In 2013-14 she won the WCBA, the professional women’s basketball league in China with the Shanxi Flame. She retired from the courts in 2018 after three seasons playing for Toyota motors team where she is currently assistant coach.

Yuko is a member of the FIBA ​​Players Commission, she is a cheerful and positive person, in love with basketball and fashion.