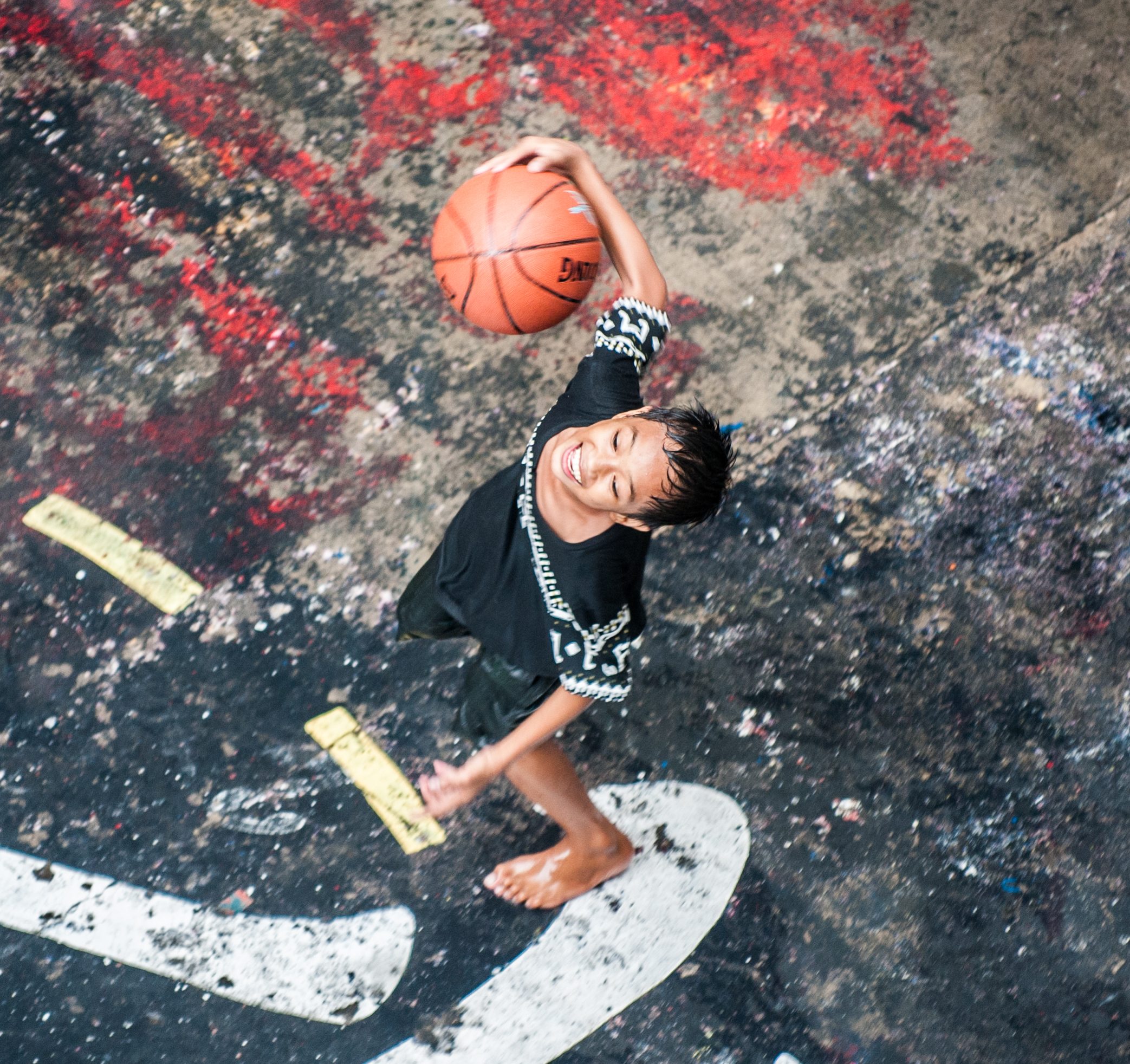 I took this photograph in the Philippines on 24 October 2016, in the city of Taguig, in the southeast of Manilla. I had traveled to the Philippines to make a photo report around street basketball for my website United Ballers. Two days before going back to France, I wanted to play one last game with the Philippine friends I had met during my stay, on the stunning Tenement building’s playground, the playground that the community of 70 families living there are so proud about. It has just started to rain, forcing us to take shelter until the sun came back. While we were sharing a mango drink in front of John’s apartment, on the 5th floor of the building, four children started playing a basketball game on the soaked and slippery playground, as if the rain made the game even more fun. I leaped at my camera to capture that moment of innocence, that instantly reminded me of those moments spent with my childhood friends, in my native Montigny village, in Normandy. In a great laughter, this young boy threw the ball as hard as he could from the center of the playground before letting himself fall down on the ground and staying there for several long seconds, lying down in the water, hilarious.